"(Mochi mochi Mocchi, Kuramochi Asuka!!).Who is coming out of no where ? It's Mocchi !!!– Asuka's first introduction as successor

Tomoka Takematsu was a member of AKB0048's Team B .She received the Kuramochi Asuka and was the 13th girl to have given this name.She's a successful model

Currently, the nickname she is most commonly associated with is Mocchi (もっち),and surprisingly ;she was also known by Honoka as Mocchiyon

Her hair color is Pink (reaches down to her back that is lushes hair),and her eye color is green.She wears earring during performances and days off ..Her lips are similar to Itano Tomomi.Asuka has very well good fashion sense and knows which outfit matches with what,when she sees a member with bad match clothing she just stares at you with disgust .Her clothing style is very Jpop and Chic.

Tomoka is most reserved of the current members ,She has a quiet spirit, but a happy personality ,She is a quiet and calm , she has a leader type Personality and always marches on she is a very polite being ( Due to how her parents and Family raised her ),she would sometimes act salty if thing aren't going right for her

Tomoka is good at Hand to Hand fighting and weapon fighting ( at the age of 10 ) ( Due to how her family raised her ) she learns how to play the Shamisen (at the age of 7 ) ,she trying to learn how to Speed dance at the moment since she sometimes trips herself and gets hurt dance to it like to dance normal ,she is good at teaching people if they don't understand it

Tomoka describes this skill her second best as she started her combat training at the age of 5.She feels superior from her family and most of the 00 members.

She's somewhat great at this skill,though she's not the best like the other members who she admires.She continues to improve this skill to this day

NeptuniaStar(ネプチュ'ー'ニアスター), this planet is in the Aquarius system (アクエリアスシステム,Mizugameza seikei ,this planet is entertainment banned free ,peaceful and quiet ,this planet is also very high tech and has a high defense security in all DES attacks or any upcoming war ,this planet is green friendly similar too how Eurostar is and how the planet also looks (Neptunia HyperDemsion ),there schools are always helpful and gives off great education ,they have many cooperation and industries to send things to(mostly video games and Books and technology ) ,only 12 past members of 00 and two current ones lived in this planet .There main capital is Terebigēmu(テレビゲーム ,Video game) ,in that capital is where a modern city ( similar to France combined as NewYork ) is located by more green friendly ,there are less crimes in Neptuniastar as there laws are strict in it ,AKB0048 only preformed there five times,basically this planet is like a Video game planet ,there animals are like earths , there are Flowers that only grow in the planet called DiamondCrystals ,Topazviolet ,Sapphirerose ,Plutianas ,Nepuneus and Romandas 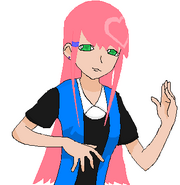