Hello <insert name here>-chan An important announcement: Management has announced that she will be taking a break due to unknown reasons. However, a report circulated that Monica assaulted a fellow student in an act of rage; this may or may not be accurate.

"Monica, Monica, The Lone Wolf Monica. Brave and Passionate, here to save the day!"

Monica's height is 160.02cm. Her natural hair color is blue, and she has somewhat wavy hair; she usually wears her hair in pigtail braids. Like every other AKB0048 member, Monica has hearts on her hair, but she also has a little heart on both of her eyes. Her father's eye color is Lavender, which she inherited. The body is in the form of an rectangle.

Monica has always been a lone wolf, preferring to be alone and avoiding large gatherings, as seen by her scarcely mingling with any of her members and defying her captains' orders whenever feasible. As several members have pointed out, Monica may be strange and cryptic, keeping things to herself at all times, and she can be unpredictable. She is a reserved individual who knows she will only speak to her fellow members.

In some situations, she is one of the most astute and daring people of her generation. She isn't scared to take risks and prove people incorrect about her abilities. She is calm under pressure and does not allow expectations to get the better of her, nor does she allow her ego to get her best, as other members do.

Monica has difficulty depending on and trusting others because of her family's history. Still, if you get beyond that, she may be exceedingly loyal and choose to sacrifice her own life to save others. Family can describe her sense of humor as dark, yet it is unintended. However, she does not display this side since Monica deems it weak, as stated by her father.

She likes to be very strategic and think before entering a situation, and she always keeps her emotions in control. Still, at one point during the school day, she couldn't take it anymore and snapped at her classmates, resulting in a massive brawl. When not handled properly, she may be rather violent as others anticipated. She likes to think outside the box think about the big picture rather than focusing on every tiny detail

Monica is tough to get to know since she is quiet and has difficulty expressing her sentiments to others because she believes it is a show of weakness.

Monica was born and raised in the Pentium region of Neptuniastar. She is the third of six children, with two sisters and three brothers, and descends from a long line of WOTA soldiers. She grew up in a strict family where everything was required of her, from high academics to studying fighting methods. Her fathers regard love as a weakness; thus, there is no love in the home (even though AKB0048 spread love through their songs). Growing up on a planet known as the "House of Video Games," she was exposed to a wide range of entertainment; however, her father forbade such activities in their home, so she could only enjoy them during school hours. Her elder sister brought her to a concert when she was seven years old while their father was away on business. At that time, she felt love and kindness through music, and it felt magnificent. She appreciated music in private throughout her life, without her father discovering the truth.

Monica's secret passion for music was soon to be revealed just at the age of thirteen; Monica desired to escape her fate as a soldier and become an intergalactic idol. Her father discovered her acceptance video on her computer months after submitting her audition video of Niji no Ressha. Monica pleaded so many times that she gave up, but her very close friend Tomoka saved the day by convincing her father to allow her to advance to the second round. After several minutes of deliberation, her father relented and let her go. She pursued her aspirations and never looked back at her life at home with no compassion.

★Shimazaki Haruka the 11th
★Kodama Haruka the 8th
★Matsui Jurina the 8th- Jurina nicknamed her "Monichin"
★ Watanabe Mayu type 5-She has a lot of respect for her, but she feels she's in over her head when it comes to battle. She understands Mayuyu is better at idolizing and wielding firearms; she calls Mayuyu Gun-girl, better with guns, but she feels Mayuyu is over her head when it comes to battle because she wants to win; she believes Mayuyu doesn't think tactically. She is unconcerned by Mayuyu's disdain for her or her admirers. Monica lives her own life, not Mayu's.
★ Maeda Atsuko the 20th
★Harune Diamond
★Inoue Megumi
★Tsubasa Diana
★Amaya Jia
★Akiba Airi
★Chibana Miko

★Chizu Snow
★Kumotani Julie
★Tobina Riko
★Chiba Miku -This person may be described in one word: irritating. She hopes Miku aspires to be a true cat lady despite her lack of a welcoming demeanor. She didn't like her when Miku opened her mouth, and she despises the way she compares her to Mayuyu because of their battle abilities.
★Mizu Kaguya
★Ogawa Norah-She admires Norah because she never gave up on her aspirations, which eventually came true after many failed attempts.
★Kanayama Mako
★Sengawa Kagome
★Kaname Reina
★Kawano Namia
★Tachibana Elisabeth
★ Yozora Yoko
★Arisugawa Mikoto
★Amuro Yuhane

Monica is written as
The name originated from North African. The meaning behind the name is Alone. This is accurate as the character barely any friends since her start as an idol. 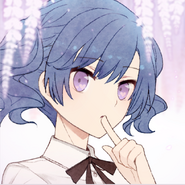 Her character on Protocol Magi :ORIGIN

Monica in Manatsu no Sounds Good! 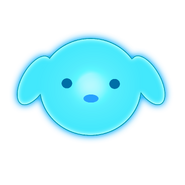