Her where abouts are currently unknown. Rumor has it she may be under a witness protection program.

Marian's skin color is Porcelain .Currently,Her height is 5'0.Her hair color is Green;her hair reaches down to her shoulder.Her eye color is ruby red ,and her eyes are similar to Madea Atsuko the 13th .Like all AKB0048 members;Marian has hearts on her eyes and on her hair.She doesn't have a style to meaning her outfits are choice of random.

Marian is a relatively emotionless girl, speaking in a monotone voice, however she shows her emotion through her puppet Yusheng. When having Yusheng to talk through she can be bittersweet, energetic, vengeful, adventurous, and curious about things. She carries the INTJ Personality. Also she enables the Fujoshi-personality ( BL fan girl ) .

When she's Min'Yon.She's more of a social butterfly,and seems to have a healthy self of esteem,she can be naughty at times,she hides her old stage personality ,but she's still bittersweet at times . When she's on stage,Min'yon gives off a bright(fake)smile,that every fan is appealed too she also does it for events,concerts and cameras,she also acts cute .She tends to be off character when she gets mad.Instead of showing her anger,she would just stare at the person with a plane face as her eyes open wide,though this would go away easily as she goes to character . She gives off the idol standard .

She discovered many faults within her (ex:acting,singing,etc),instead of letting it be;she decides to improve and grow.

From the comment that Chiba Miku had made to Marian.She has come to realized and from what she saw,no one takes her serious.Now,Marian has never come to play when it comes to reaching to the top rather than destroying(trying to get higher) her competition

Marian gives off a sweet ,young, innocent ,ray of sunshine image. She always kind hearted to her fans and respects them.

Life of MoYoung Marian was a challenging life for her.Under Diamondstar's hierarchy;Marian is ranked as a servant/Citizen/Worker Her life turned into servant life while being a "normal" girl:she served to the white colony prince,JíLíng Qiáng .Before,Marian didn't know anything about AKB0048 or anything about 48 at all;as she became busy with being a personal servant to the prince ,and her life as school girl.Until about the age of 11,Marian was assigned a project for biology class as it involved doing her research online,and one of the recommend requirement for this class is a video.Marian never need that kind of stuff nor be on Galaxy YouTube in her life .

As she scrolled and search on the YouTube, but she noticed that there had been many blocked videos due to Diamondstar's"anti-ban rule”, and what's most blocked is music, as entertainment music is strictly forbidden, but as she continued to investigate from curiosity. There was one song unblocked which became AKB0048's Wedding Dream. She couldn't believe it, she kept asking herself " This is what true music sounds like? ". Days later, she then continued to listen to listen to songs from SNH48, etc. Until one day while she was doing her homework while listening to music, she was caught by her mother and received severe. Her mother could never imagine that one of her daughters would listen to forbidden music she even said " My own flesh blooded daughter! listening to such un-vulgar music! Breaking Diamondstar's rule, and now this will not go unhand! ". As Punishment, Marian received 50 painful whips on her back by her own mother. Marian became so scared of her mother after that she was unable to speak or show her emotion even if she wanted to. Years past by unable to speak or continue showing her emotion, while walking home from school she saw a puppet shop and was engrossed and decided to walk into the shop.

She saw many puppets; cute and ugly ones. The one she saw that she became most interested in is a bunny puppet or Yusheng. She decided that instead, she would show her emotions by using the puppet. Two years passed by her wanted to leave Diamondstar as she hated how Diamondstar became even more strict, unable to show what she liked or disliked. While having her break from serving prince JíLíng Qiáng, she immediately received a notification from AKB0048's home page as she opened up a hologram message appeared of an audition of 154th generation. She was then seen by her superior, Pearl. Marian was afraid that she would report her to the king or prince as she broke the rule once more. Though, Pearl did not report instead help her in her audition. Marian felt overwhelmed that Pearl would help her. She knew that auditioning for 00 would help her escape and leave Diamonstar.she sent her audition video to AKB0048.

A week later. Her mother barged into her room as Marian slept. Her mother had exciting news, she told Marian that she was she was selected to be a queen in waiting by the prince of the white colony. Marian could not believe the news, she absolutely disliked it. She was about to tell her mother that she would not be participating in that, though if she told her mother she would have been abused by her mother in anger of disrespect.Marian knew it was finally time for her to leave Diamondstar immediately.She did not want to be a queen in waiting.The next day she received an encrypted video from AKB0048, Marian has made it to the second round.

A week later she was ready to leave Diamondstar when her oldest, Tung-mei. She asked Marian where she was going at this hour. Marian responded in anger that she was leaving her home and her planet in pursuing her dreams. Tung-mei laughed as she believed that Marian was joking, but she wasn’t. Minutes later they continued arguing when until her mother came back home. She didn't know what was going on until her sister told her that she was leaving. Her mother became furious that her own daughter was leaving. They continued arguing until Marian left, the final words that her mother told her " YOU ARE NOT MY DAUGHTER ANYMORE!!!! YOU'RE NOTHING BUT A CRIMINAL IN MY EYES!!!! YOU'RE A DISGRACE! “; tears began roll down Marian's face as she ran away. She was later chased by her younger sister Ruby. As Marian had arrived to her destination, her sister was right behind her. Marian tried to convince Ruby to come with her and escape this horrible planet. Ruby became scared as she didn't want to disappoint/anger their mother. Marian became saddened. She continued walking; her sister watched, she didn't want Marian to leave. Marian turned around and exclaimed that one day they would see each other even though that would be a lie. Marian left Diamondstar in pursuing her dream as a AKB0048 idol. She left her royal position as a servant to be an idol entertainer of the galaxy .

After the announcements of 154th Generation .

The management had decided that she would be center for 154th generation debut song " Genzai wa Fantasy janai ". Though Marian was unsure if she was suitable or even worthy to be the first center of her generation to sing lead of song of their debut, she wouldn't really believe if she wasn't worthy if she hadn't tried. During the recording she had problems with the English pronunciation and hitting the necessary volume; as she never truly sung before, it took about 4 hours for Marian to finish her lines in the song. Marian believed that she needed extra practice than the rest of her generation to be able to sing better than she could do now. A week later, Marian began to experience the change( puberty). After Murasaki Alisa Succession Debut - Alisa no Ascension . Marian finally knew her answer if she was worthy to be center in any 00 songs,and her answer was finally a" Yes". As she was center for Kono atarashii hi ni , Marian felt confident like nobody could stop her, she felt like she was all alone in the theater. She felt alive for the first time. Two kiraras came out of her body. She was something else as she’s on stage, a true idol.

During the last months of SC0125.She experienced many things that she has never experienced before such as snow, cold climate, wearing jackets, etc. She loved every experience that she has been involved and would never forget about them. Each day she grows and learns many things that only some people can really experience. Her acting skills and her combat continues to grow, reaching a higher level than before. Though her voice is still monotone, she tries to express her feeling than before. She loves being a singer and an actor.

On January 25th,SC0126. There was a sudden announcement after AKB0048's 572nd Single Jyanken Taikai. Hikari-san announced that there would be another Team Shuffle,this time,Team B would be added . Marian was sent to Team A .

On January 28th,SC0126 .It was announced that she would be featured in one of Kashita Miyagi's album song " Hinode no Mae" .Which many fans were shocked and very surprised about, in the beginning.Marian was overwhelming shocked( though in a monotone way). Though,she kept wondering( until she recorded) why was she the first choice ? Was there something special about her that she doesn't know ? Fans have started to say that Marian is soon to be a rising star,which she didn't believe at first .

A Month later from what happened on January.Marian realized that she could be a rising model as as minor career.She's more focused in AKB and her acting ,though would like to try some Modeling(photo-shoot). 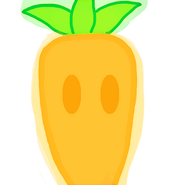 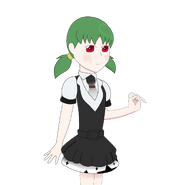 Her voice seems to be a little rusty. Marian was never allowed to sing back in Diamondstar.If she was singing in front of anyone without permission ,she would be sentenced to prison .She's only a beginner when it comes to singing .She wants to be the best singer out of 154th generation,and maybe some 00 members .

Two months later, her ability to sing started to improve.She was pleased that she can improve in her singing.She continues to improve this skill every day along with acting.

Back home in Diamondstar,Marian was taught how to use a sword in case anyone broke into the White colony palace .As what has learned from sword-fighting. Marian would use it for good and protect anyone who is in danger .Though she's not all well at wielding a micsaber,she still wants to get stronger in order to protect Elise no matter what,though she's easily outmatched by some member .

Marian is weak when it comes to hand to hand combat.She's never experienced or been taught fighting with her fist at all.This is what she mostly focuses on when training begins along with using the LAS .She never has no experience with either of these things .

She asked Kashita Miyagi for some acting lessons.Currently ,she's improving this skill

This sort of thing is easy for Marian and she loves doing puppetry.She's currently learning how to use puppet strings.It's quite hard to learn this,but when it comes to curiosity she wants to get it right .

She is somewhat best at doing archery,but it wasn't her choice to do archery rather than the king made her learn Archery,but thanks to the king.Marian is able to shoot very well with a bow and arrow.

Surprisingly,Marian is amazingly well at doing Aerial hoops,this is possibly one of Marian's greatest tricks

On January 12th SC0126. She started taking guitar lesson. It's not easy for her,but she loves learning new things.