"Never give up!" - One of Hotaru's catchphrases.

Ito Hotaru is one of understudies of 150th Generation and a member of Team K.

Hotaru has brown eyes and brown hair which she puts in two high ponytails. She likes wearing skirts and dresses and she also often wears shorts. She prefers wearing light summer clothes in bright colours. Like all AKB0048 members she has heart shaped shine in her eyes and hair.

Hotaru is a very positive person who tries to find good thing even in very bad situations. She is very friendly and likes to spend time with other people however she is sometimes mean to other without wanting to be as she often speaks without thinking. Despite sometimes giving of a feel that she is not very trustworthy person she actually loves her friends more than anything and would do anything for them. She enjoys having fun and doesn't seem to take anything seriously but at the same time can be very competitive and hates losing. Even though she usually seems to be very carefree and cheerfull Hotaru is actually very strict towards herself and always believes she could improve and that she isn't good enough. She is often seen as the non-observant one especially comparing to her best friends Rei and Yumeko. Hotaru usually doesn't get scared easily but has an irrational fear of ghosts due to bad experiences in her childhood. She is very athletic and loves sports Before auditioning for AKB she spent a lot of her free time playing basketball or football with boys in her neighbourhood.

She often seems like a person who likes making fun of others but she never means anything bad by it. She just likes to make a fun situation and doesn't realise that she might hurt someone's feelings by doing that. In general she wants to be someone who makes people happy, not upset.

Hotaru is very athletic and loves sports. She is especially big fan of ball sports and often played football or basketball with boys from her neighbourhood before she joined 00. She also loves swimming even though she only learned it after moving to Atamistar. When she lived on Koristar she liked doing winter sports however she haven't skiied or ice skated since leaving Koristar.

Hotaru also has big love for music and loves listening to it as parents showed her the videos of 00 since she was very young even though they originally lived on planet under entertainment ban. She also likes singing although she perfers dancing.

Hotaru is very athletic and quite good at many sports especially ball sports. She is also alright at swimming and winter sports however she hasn't done latter since leaving Koristar so she isn't certain if she would be good at it anymore.

Hotaru is very good at dancing and remembers new steps quickly. For singing she needed much more practise however it's currently good enough for idol even though it's nowhere near as big of her strength as dancing is.

Hotaru was born on Koristar, planet that is permanentely under snow. She knew about AKB0048 since young age as her parents were part of WOTA and was always listening to their songs in secret, because Koristar is under entertainment ban. When Hotaru was 10 her family got a chance to move to Atamistar which they did.

Hotaru's parents were always big AKB fans and often listened to their songs even though Koristar was under entertainment ban. Hotaru loved them too and when she was young girl she already decided she would one day become their member too. She often went to forest and hid in a cave to listen to their songs. One day when she was 7, Hikami Yumeko heared her and she invited her to join her. Hotaru told Yumeko about AKB and after that they were together everyday. When Hotaru's family decided to move to Atamistar she and Yumeko promised to each other that they'll meet again when they both became members of AKB0048.

Hotaru passed auditions and joined AKB0048 as part of 150th generation. There she was reunited with Yumeko and two of them became very close again. They also became good friends with their roommates Rei and Tomorin.

Yumeko along with Hotaru, Rei and Tomorin had lunch with some of auditioneers. She accidently mistook Tomoko for Tomorin. She was one of five "captured" members.

After Hibiki asked Rei if she actually thinks she is more observant than Ito Hotaru detector gave point to Rei. Hotaru complained she isn't non-observant.

She got angry at Akari after one of her comments at question Hibiki asked Rei and almost forgot that they were currently filming show.

Hotaru was guest comentator of the game which made her very excited and she liked doing it very much.

Not much is known about Hotaru in those 2 years. She continued being in 00 and rarely made appearances in songs much to her annoyance. However despite that she decided to follow her moto Never Give Up and believed that things would one day change.

In December she participated in Unit Taikai as part of RisingQ 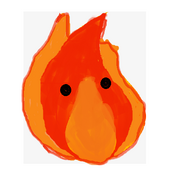 Hotaru with other members of RisingQ.

Hoshikawa Rei - Fellow Kenkyuusei and one of her roommates. Hotaru and Rei are good friends even though they sometimes don't understand each other well. Hotaru is sometimes slightly jelaous of Rei as she feels like she and Yumeko understand each other in a way she would never be able to despite being their best friend. Despite Rei being the more mature one when it comes to ball sports Hotaru usually becomes the one to take care of her, mainly because Rei isn't fond of them and Hotaru loves them.

Hikami Yumeko - Her fellow Kenkyuusei, best friend and one of her roommates. Before Hotaru moved to Atamistar they promised each other too meet at AKB0048 auditions one day (See YumeTaru for more details).

Samuikaze Ran - Fellow Kenkyuusei. Hotaru wants to become her friend and make her warm up to other members but her attempts at that are usually unsuccessful and often result in arguments between two of them.

Makori Ririka - Kouhai. Two of them seem to get along well and they often team up to joke about something.

Takahashi Minami the 7th - One of her fellow understudies before she became a successor.

Kagawa Sayuri - She was one of her fellow kenkyuusei before she became a successor.

Shibuya Komari - She was one of her fellow kenkyuusei before she became a successor.

"Every girl can shine, if she believes that she can do it." - Hotaru's catchphrase.

"Never give up!" - Hotaru's catchphrase.

"You can make me walk naked on the street, even if it's on Koristar. You can tell me to kiss anyone that is present in the room. Seriously, you can even make me eat Takamina's cooking but I'm not watching a horror movie that has ghosts in it." - Hotaru at Cupcake After Party.

"I'm Ito Hotaru. Chuckling and laughing are my middle names." - to Kaoru at Round 2 of Unit Taikai.